This article draws on the experiences of the AHRífunded project on Latin(o) American New Media Art, and makes a series of observations and recommendations regarding the exhibition spaces for digital artwork, the uses of social media for curation and engagement, and future possibilities for Europe-Latin(o) American artistic collaborations. Involved in the exhibition were four leading artists from Latin America and the US: Brian Mackern from Uruguay, Bárbara Palomino from Chile, Marina Zerbarini from Argentina, and Ricardo Miranda Zúñiga from the US.[1] 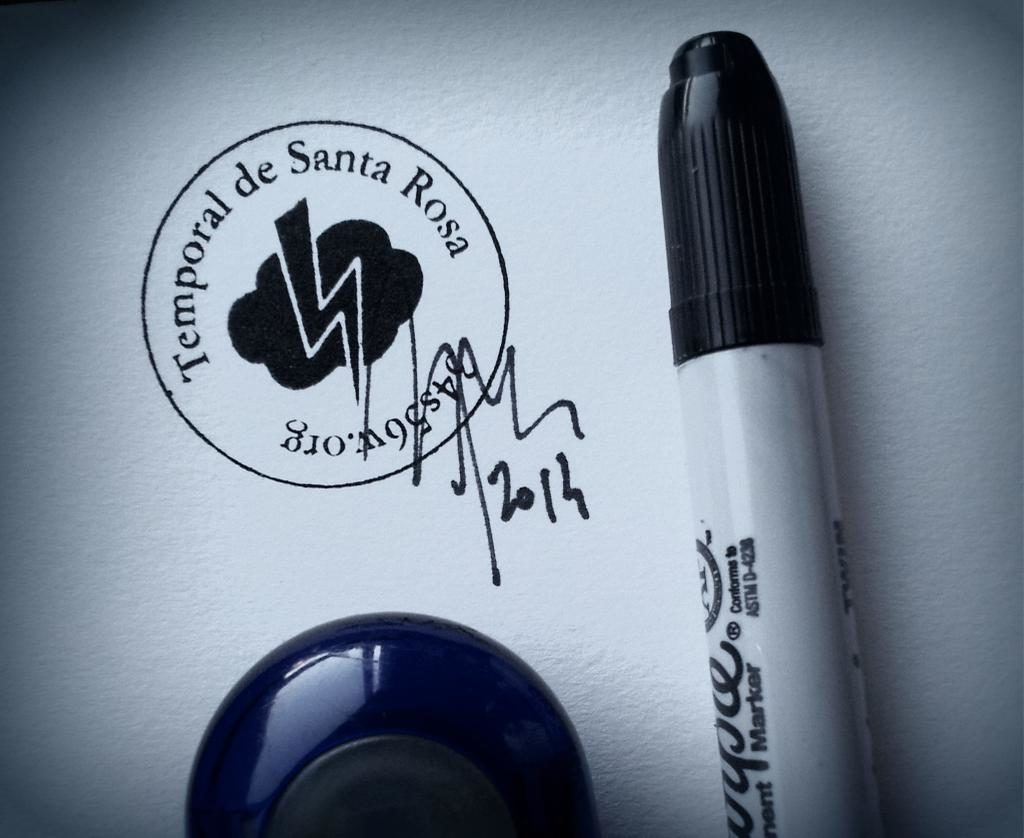 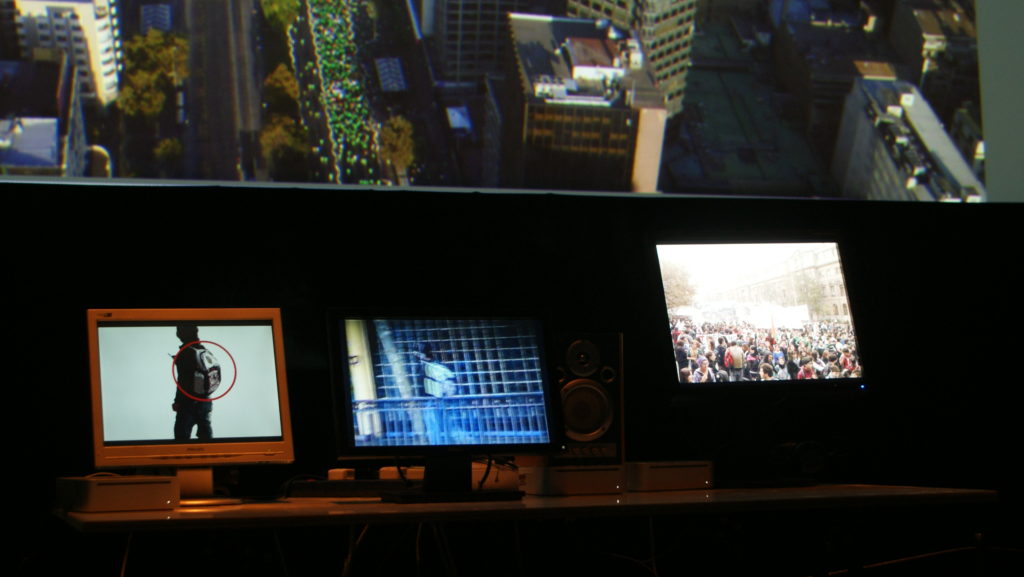 This section draws on the experiences of the project in selecting and working with a variety of venues for new media arts events. The various artworks, interventions and events related to cityspace, and invited the audience to re-think the urban space that surrounds them. Audience reactions were captured through social media, questionnaires, and follow-up workshops.

Regarding exhibition spaces, two central concerns had to be addressed. Firstly, how can digital art b often containing components that exist in virtual space b be exhibited in physical space? This has been a constant in debates on the exhibition of new media arts.[2] Secondly, given that the artworks chosen were originally developed in a specific city space, a fundamental challenge was how to translate that to another city (Liverpool). When taken out of their immediate environment, how do these place-based works function?

The project concluded that, as regards exhibition spaces for new media arts, the venues selected needed to be flexible, and able to accommodate both the digital and the place-based elements of the art works. The selection of The Box at FACT, for example, lay in its flexible furniture, which could be suited to the different artworks: for instance, for Brian Mackernbs Santa Rosa Storm, it was possible to arrange the furniture to create the impression of a central aisle of a church leading up to an altar [FIG 1]. Other venues were chosen due to their emerging nature, in that they were recently renovated spaces that were first turning to cultural and artistic exhibitions, and so presented the opportunity to showcase new art forms, such as the Cabildo in Montevideo.

Drawing on the experience of not only presenting exhibitions but also running multiple workshops in various spaces and locations, the benefits of presenting digital artworks in physical spaces were found to be:

The workshops that Claire Taylorbs project ran with ViP have enthused one of our members to try get involved in the art world and think about art differently [...amp;] It helped with the project getting people to think about different way they collect information and how this can be organized as a map.

The challenges of exhibiting digital artworks in physical spaces were found to be:

Through participating in the workshops organised by this project, the members learnt about new ways of understanding the city, influencing their approach to the project which considered our relationship both to sites of remembrance and those we remember. Emily Gee, Acting Communities Manager, FACT (Foundation for Art and Creative Technology) 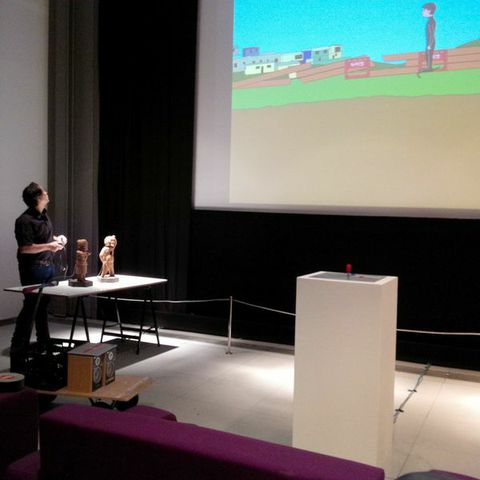 FIGB 3. Ricardo Miranda Zuniga, Geography of Being at FACT

Social Media for Curation and Engagement

The project aimed to explore ways of capitalizing on the current boom in social media to encourage audiences to engage with the artworks. Social media was conceived of as a way to develop feedback loops, and to help the artworks reach out beyond the gallery space b one of the constant debates that has underpinned both curatorial discussions about digital art, and practitionersb approaches to their own practice. The social media platforms trialled during the project to achieve this end included Wordpress, Twitter, Buffer, Storify and Facebook.

One of the most interesting challenges for the project was the use of social media as a form of curation. Whilst there is by now a relatively large body of research undertaken on the curation of tweets in the sense of saving tweets that occur organically around a particular event or topicB [3], there is very little existing scholarship to date on how to use Twitter as an effective curation tool for pre-selected artistic images. In the case of our project, Twitter Galleries were designed to run throughout two months of the project to enable the sharing of exclusive artwork images, and gave the public a rare glimpse into an artwork as it evolves. The public had the chance to feed into the artwork themselves, by proposing other images that could be incorporated, and were encouraged to comment on and vote for their favourite image. A live Q&A Twitter chat with the artist was scheduled, as a way of creating a particular btime windowb of interest around the events, and also as a way of combining face-to-face presence with virtual interaction.

The Latin(o) American Digital Art projectbs presentation to us on Twitter curation and social media for audience engagement was of particular benefit for us, as it was of direct relevance to discussions around innovative means of delivery and dialogic spaces. Rosana Carrete, Cabildo of Montevideo Museum and Archive, Uruguay

Drawing on the experience of the project, interviews with the artists, Twitter statistics, statistics drawn from our main partners[4], discussions with curators, and questionnaires, the benefits of Twitter curation were found to be:

I now appreciate Twitter as another medium for artistic dissemination. I can see that it has potential to be both useful and to reach a large number of people. Participant in the Ciudades en diálogo workshop, Buenos Aires

The challenges of Twitter curation were found to be:

B This project is a template for how to be educationally inclusive as a conduit between artist and audience, by creating participatory interactions and experiences within the creative process. It is a way to challenge the perceptions of the audience and create an exciting forum for discussions about their cultural experiences. Simon Yorke, Independents Liverpool Biennial 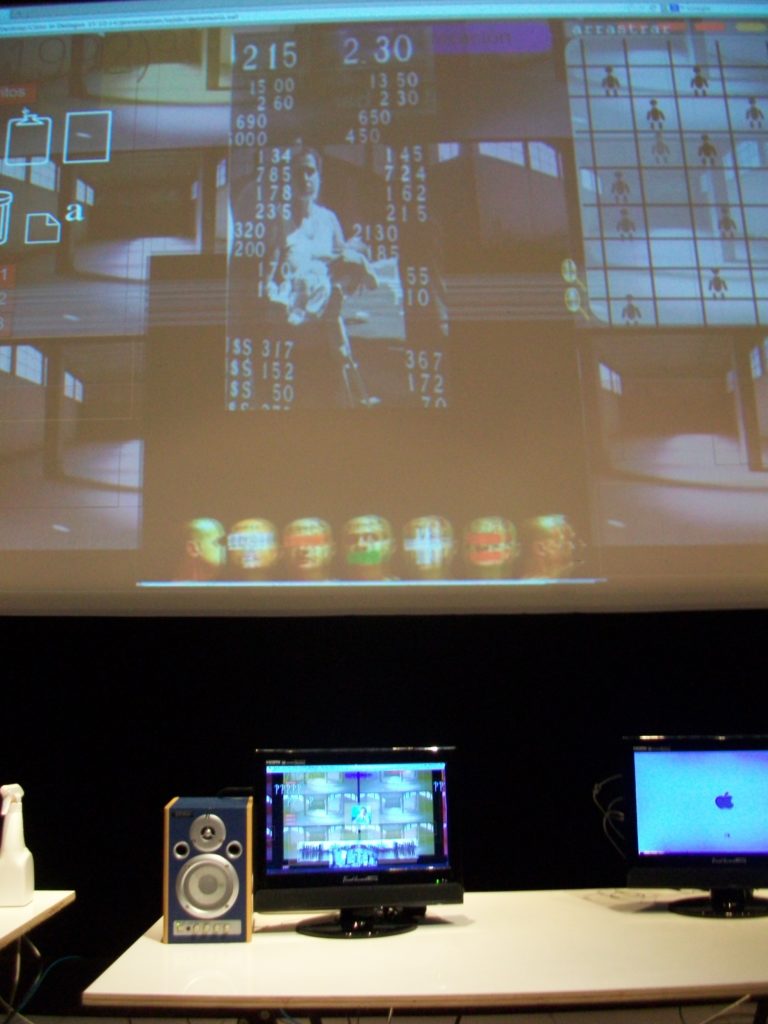 The project aimed both to showcase cutting-edge digital art that was rooted in its Latin(o) American context, and, at the same time, draw out interconnections with Liverpool, and with other regional and national contexts [FIG 2]. In so doing, the projected aimed to address a relative under-representation of Latin Americans in festivals and exhibitions of new media art within the UK. Examples of digital media practice are often Anglophone, hence the project attempted to raise the profile of Latin American digital artists, bring their work to a UK audience, and provide for innovative forms of engagement with their practice.

The principle ways of achieving this involved close collaboration with, and support from, the curators at FACT and at the Independents Liverpool Biennial. The willingness of curators to take a risk and to engage with non-Anglophone artists was key to the success of the events. Publicity also played a significant role, with the advertising of the artists and their work through the print media (programmes and schedules of events) and digital media (website, blog and Twitter) of both organizations. The strong endorsement of these artists through these two organizations meant that audiences trusted the brand, and were so more likely to accept and engage with these non-Anglophone artists. Other ways in which this collaboration was facilitated is through shared information for future collaborations, including the Latamnetart delicious database created by the project, which provides a searchable tool not just for research, but for curators to browse and to select Latin American artworks and artists for future exhibitions and events.

The principle benefits were found to be:

The challenges were found to be: 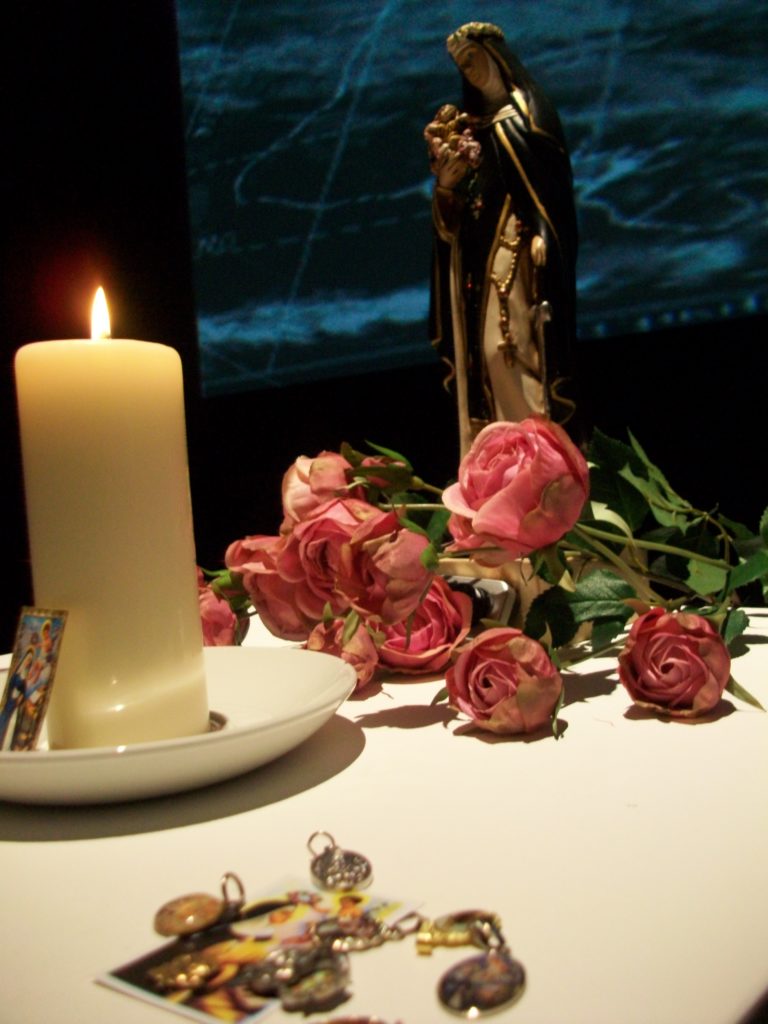 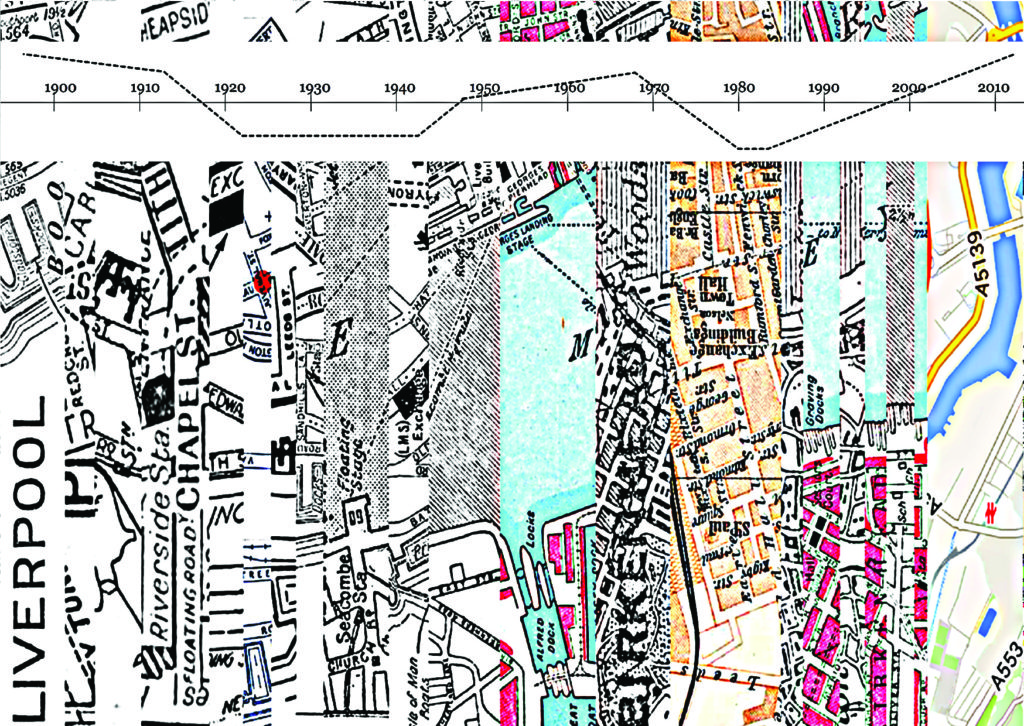 FIG 6. Brian Mackern, This Too Shall Pass

[1] See Appendix A of the online version of this Policy Document for copies of these statistics.

[4] See Timothy Arnold and Walker Sampson, ”Preserving the Voices of Revolution: Examining the Creation and Preservation of a Subject-Centered Collection of Tweets from the Eighteen Days in Egypt”, American Archivist, 77:2 (2014), 510-533.

About the Authors Claire Taylor is Professor of Hispanic Studies in the Department of Modern Languages and Cultures at the University of Liverpool, UK. Her research specialisms include Latin American hypermedia narrative, net art, and literary blogs, with a particular interest in the works of Belén Gache, Guillermo Gómez Peña, Brian Mackern, Ricardo Miranda Zúñiga, Eduardo Navas, Marta Patricia Niño,B Jaime Alejandro Rodríguez and Marina Zerbarini.

Dr. Blejmar is currently a Lecturer in the Department of Cultures, Languages and Area Studies at the University of Liverpool. She is also a Visiting Fellow at the Institute of Modern Languages Research at the School of Advanced Study, University of London.